I went to Agile Open Northwest.

I don't go to a lot of conferences; but this was a wonderful experience. Super friendly, super welcoming, super supportive.

I've been developing the µObjects idea for about 7 months now; and I've talked about it outside of the team at work twice now. Once at a meet-up that did an open space discussion. There were about 10 people for that. It was great. I had a number talk with me after the time on it.
This showed that there's interest.

Going to my first Open Space conference ... I put µObjects up as a topic. Little pitch for "Small maintainable code". The first session of the first day.

It was a really good discussion for the full 50 minutes. Plus a good number of people talking to me about it after.
The first Night Owl Mobbing sessions incorporated µObjects practices to see how it works and affects the code.
There were a lot of struggles through the mobbing session. I think the biggest challenge was forcing the µObjects into the code as early as possible. I prefer to wait until after behavior exists; then turn it into µObjects.
Some of the architecture changes that µObjects drive the design to got through.

My goal with µObjects is to find ways to support producing better code. Take the practices that help do that; leave the ones that don't. :)

This was the first conference I've presented the µObject idea at - and I think it went really well, was really well received. Most importantly is that it triggered conversations. Especially from people who didn't agree, but wanted to know more (even if to be better armed in disagreement). These are some of the conversations I enjoy the most. I want to present well supported ideas. I'll incorporate feedback and be able to better address "weaknesses" in the idea as it exists.

I want to give Jay a huge thank you (again) for taking these fantastic notes for the µObjects session. 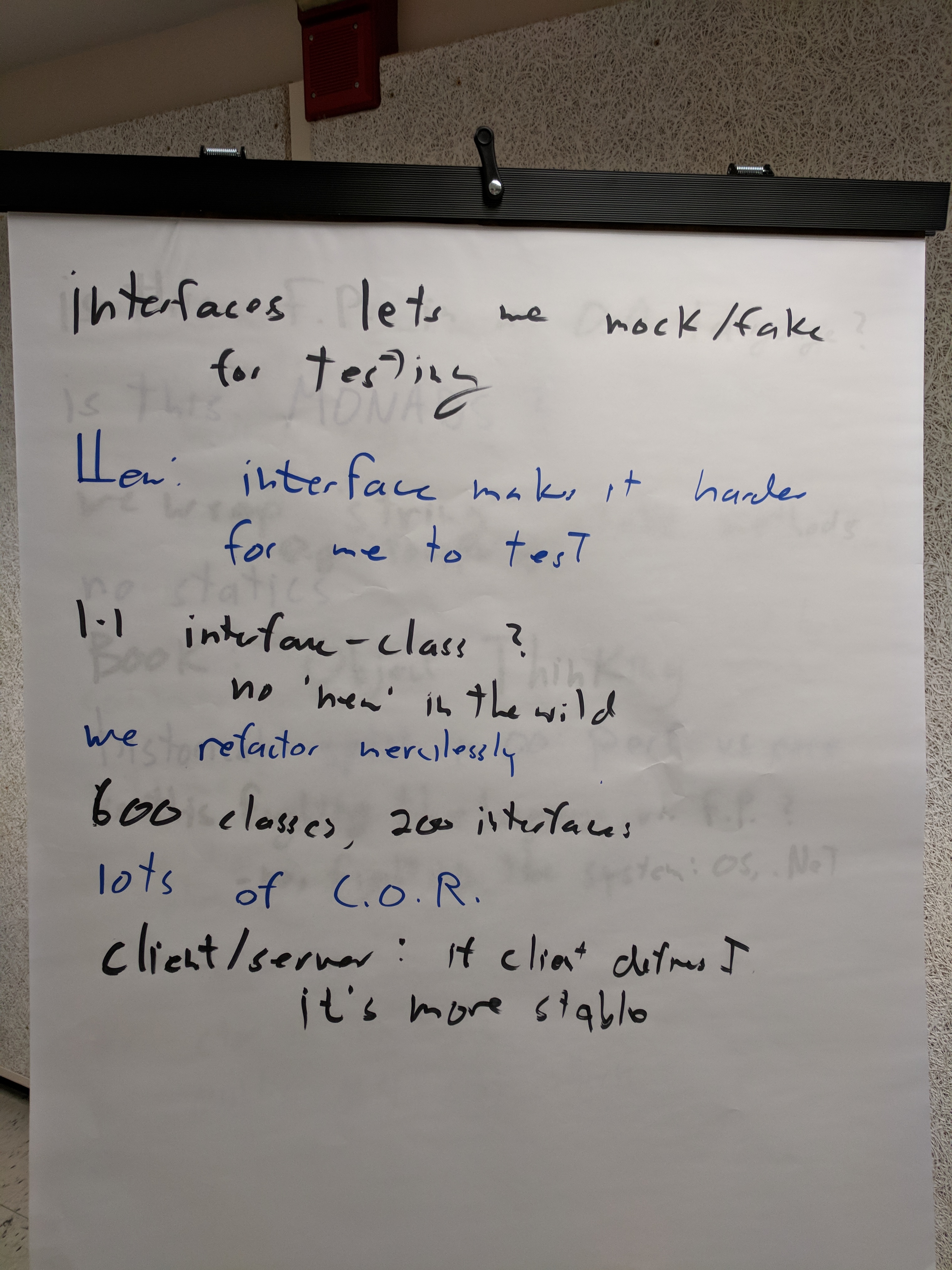 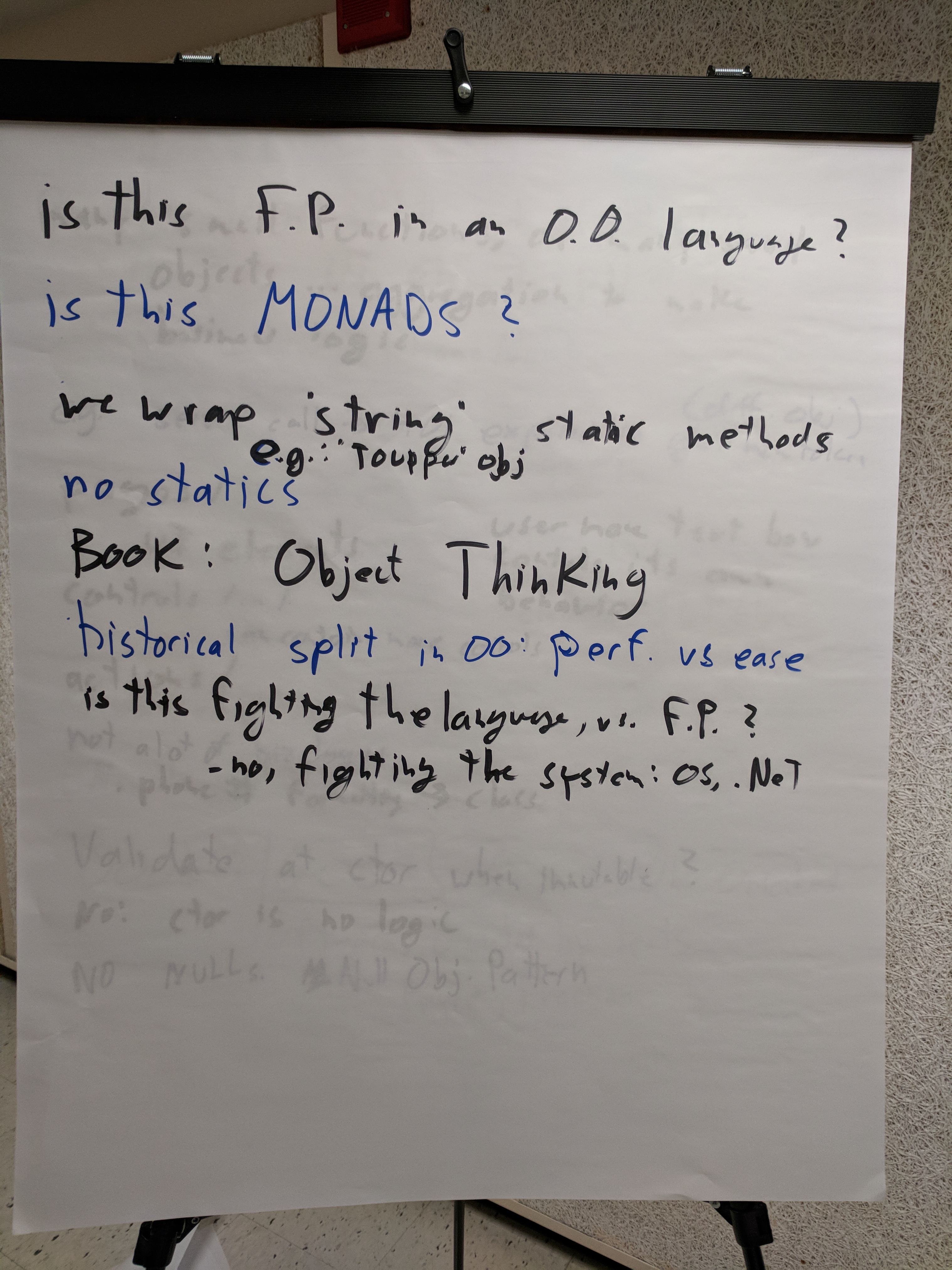 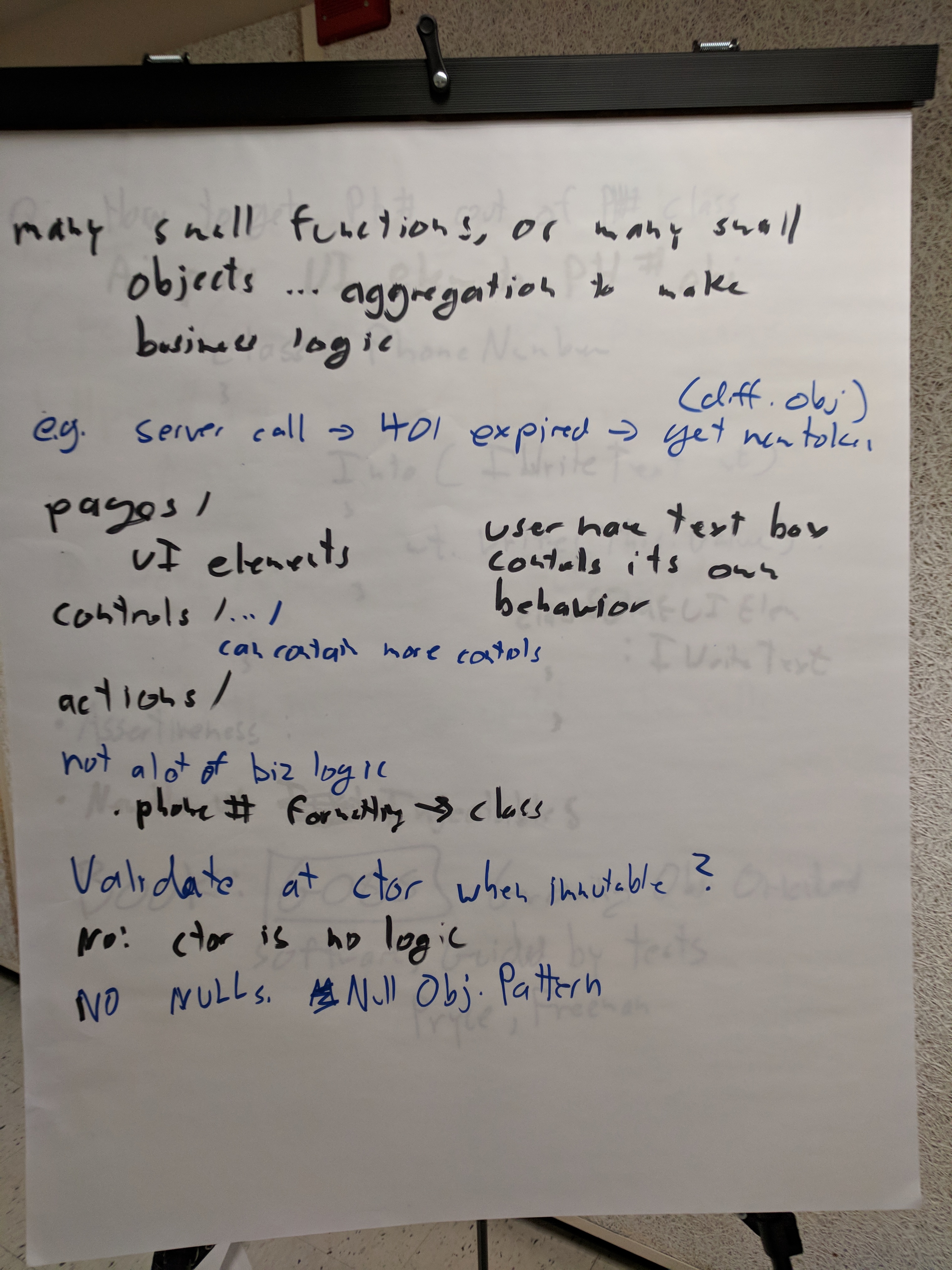 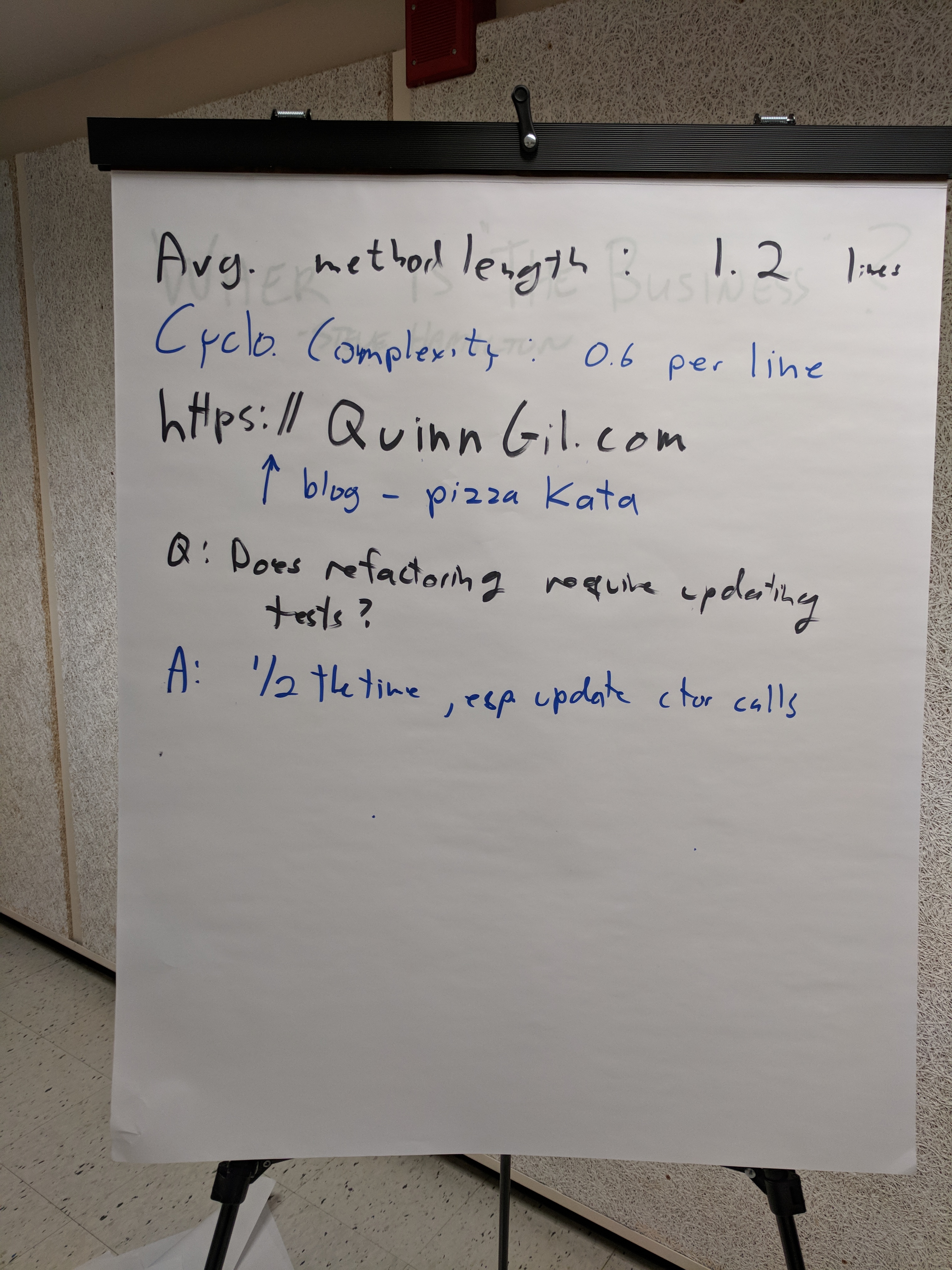 As an added bonus - All the pages in One Picture! 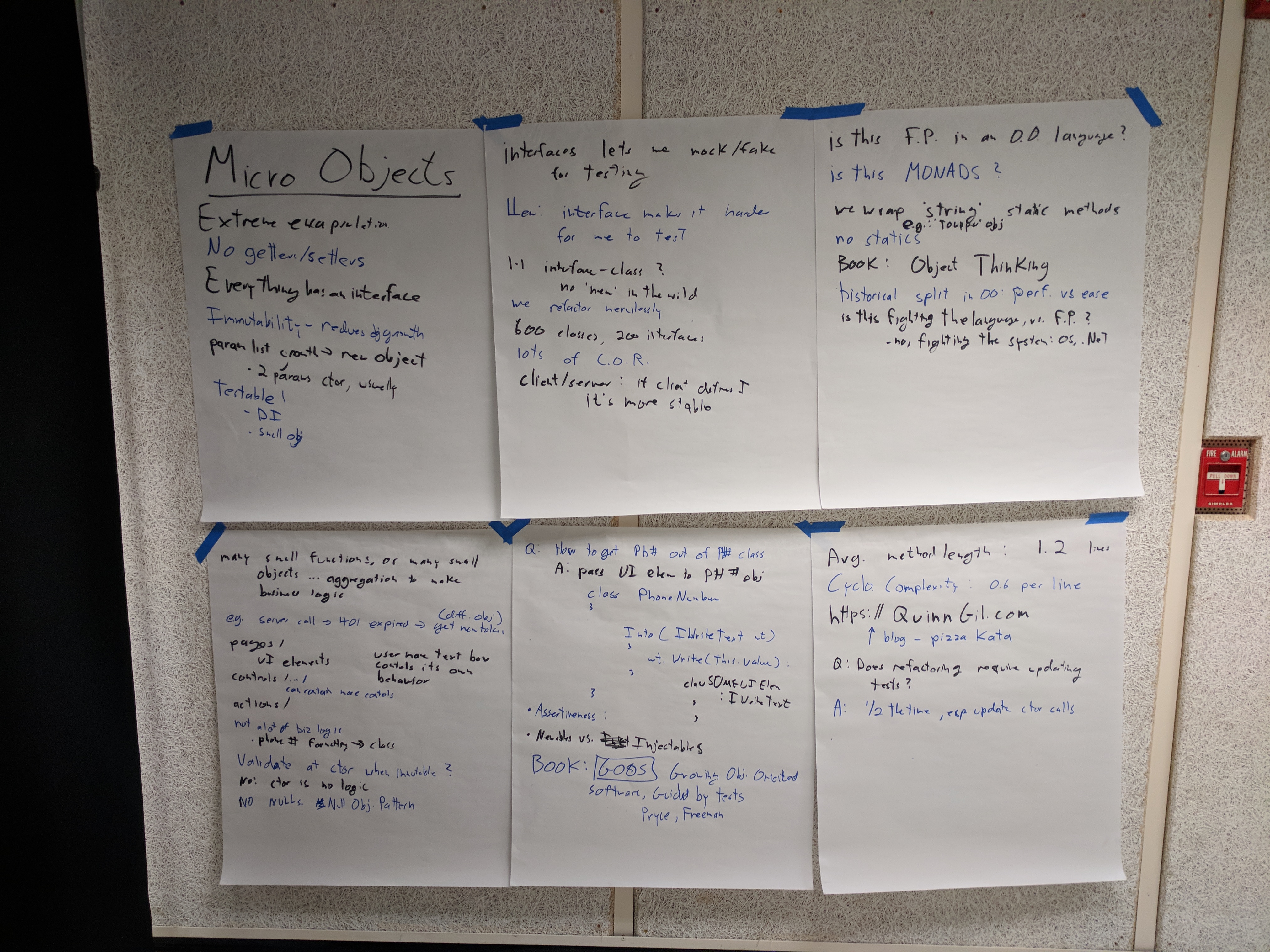