When we last left our brave little app... And if it's trying to be on the windows platform; you know it's indeed brave - It had just configured it's network layer and is looking to expose it to the wider world!

I spent a few hours staring at the black magic of Refit and found how it's creating the instantiated interface. And that it'd be a bit of a pain to either do it myself (oh man would there be lots of borrowing) or to update to include a Convertor factory. I'd still like to do both of those things; but... I don't know how to get the Nustashe black magic to work. And... at the moment... I'm ok with that.

What my plan is for now; in the Internal namespace; have the ItemJson be the returned type; and do a custom adapter in the HackerNewsNetwork. I like Retrofit's way of doing the adapter... I don't have it; and am not currently going to do the time sink to add it. I have a lot of projects and ideas... My adaptation of RetroFit for C# is now one of them... ... Yay...

OK, back to the actual project!

My plan to introduce a convertor in the HackerNewsNetwork requires some changes to the tests.
Errrr... test.

I've updated the test HackerNewsNetworkTests#ShouldReturnTaskStories() to be

It should return a collection of Item; in the Items object. So; better named now. But requires a few iterations to get both the test and the code into the correct state.
For example... I have no item class.

From HackerNewsNetwork#TopStories; we'll want to return Items. I wonder if I can just create that class with a ctor w/param of ItemJson[]. Which... Looking at the Android code; isn't the route I want to go. I need to have these are ItemIds.

Refactored ItemJson to ItemId. Now to change the ItemId[] to Items.

I'm definitely cheating a bit knowing what works for the outcome. It's an advantage, but for the purposes of demonstrating XP practices; there's a bit cheating. This is more real world though; it's knowing the better solution; and utilizing that knowledge. Not thinking it'll be a solution we need; but a solution that we've done this with before.

So... I've been poking at this translation and started looking into setting up the HackerNewsAccess class, to mirror Android... and... Android needed it to abstract the enqueue mechanism... There's no such need in C#; everything is async/await. So; moving the HackerNewsNetwork out of the Internal and renaming to HackerNewsAccess. I like the naming; as it allows contiguous understanding. Even if the deeper classes have changed. The HackerNewsAccess is the API for accessing the hacker news data.
And... Hmmm... I need the CallBack but since it's not actually doing a call back; instead of having the HackerNewsAccess return the Items it will return a Response<Items>. I think. Well... it's the path I'm going down. Less because the codes driving me... I KNOW... but because I need the error data and just returning the 'happy path' object isn't sufficient.

Hmmm.... OK; my current path isn't going well.
Checking the previous project where I had gotten further... I see. The Refit interface returns the HttpResponseMessage.

That is then put into the Response to be able to build from.

The downside here; it removes my plan around a custom adapter from ItemId[] to Items. It does introduce the possibility of adding custom adapters though...

OK, so I think I can get custom adapters back in. Which I think I need to do to get the HackerNewsAccessTests#ShouldReturnTaskItems to pass. it's blowing up trying to return Items which makes sense since there's no way for it to set those.

This is the invoked method; and where I think we can cleanly introduce the adapters.
At least initially... I might evolve out the HackerNewsNetwork as the 'adapter layer'. Gotta see how it looks.

I expect this to end up with an interface; but not yet, so... Moving on.
This was developed by a nice simple test

This test went through a bit of refactoring itself. Tests are Production Code. So refactor and keep them clean. A crufty and messy test suite makes it hard to understand what broke; or if multiple broke because they are actually duplicate tests - Refactor... ruthlessly.
A bit more refactoring gets an ItemsAdapter.cs file into the main project.

Run the tests as my lazy navigation back to where I need to utilize the adapter.

I had to bounce around a bit before the code pointed out what the adapter looked like. I had a few extra generics... but nope. Doesn't need it. Uses the same generic as the Response... Kinda a 'duh'; but other than that, I think it's a slick implementation.

Lots of time passes
I'm not sure when the last time I was working on this was. I've only been working on it at home; which eats into my relaxing time.
I'm back at the cheer studio on a shiny new laptop. The only complaint with the laptop is with the "Home" key being right next to the "backspace"... sometimes I get to the front of the line the wrong way.

I've bought a windows laptop so I can do UWP development in the environment I find I do a lot of blog projects; sitting while my daughter does cheer. My Ubuntu machine doesn't do the UWP so well... I'm looking at you Rider... and until then... new shiny!

reviews the blog post to see what I was doing
HA! I got the 4K monitor when I started... the new laptop has a 4K screen... I kinda love the real estate. I'm finding it funny the first post on each of the 4K screens is for the UWP app; more specifically - WORK ON THE SAME POST!!!

I should have left it with a failing test...

Looks like I was just creating the object to handle the Item json payload; via an ItemId class. Closely following the Android model. Is this the right model? No idea. Is it what I know to write towards? Yes.
Working software wins. Getting the right model is not as important as getting the right enough model. We'll refactor if it's needs improvement. If it doesn't need improvement; then it is, indeed, the perfect model. We don't know that no matter how much time we spend doing BUFD.

AND - Just got Visual Studio installed and open on the new laptop... ReSharper!!!
Gotta fix this. (I love you JetBrains; please give me free things... ... yeah... like TeamCity...)

Let's run the test!
They pass!
Shocked... I try to check them in passing.
On the nice side - ReSharper is running UWP now. I don't know if it's the other system, or the updates. I'll check that later.

I see this little test

which... Maybe it should get a better name.

Time to open up AndroidStudio and get reminders of choices I already made...

sigh
Because I find it so much fun to do... guess what I didn't push to GitHub...

Well... It explains why the code didn't make a lot of sense in it's current state. I'm expecting more to be accomplished. Which... I'm saying I think there is... but I'm not going to rule out not having done much more.
I know I'm missing code because the test I reference before my return ShouldCreateItemsCallingToObject isn't in the code I have available.

time passes
I tried again. My new laptop ins't a fan of the gym's network. I'll just have to be sure to pull code and google via phone.

ANYWAY - Back to trying to do something... Let's ... ONCE AGAIN - review the code to figure out where I was/am.

What I'm looking at now is that I'm building up the same system I've built in android; in, largely, the same fashion.

Do I want to do this as just a "speedier" implementation?

A thought is that I could start higher level. I can build the UI; write a test expecting fields to be certain values.
Build the systems to support that...

I'm exploring the Items a little more; I'm not sure where to go; what to test. I can expose a lot of stuff... but unless I'm starting to just 100% duplicate the android code; I'm not really TDDing this. Which I don't like.

Well... I think the early work on the UI is good. I basically gotta figure out the unit test UI interaction like I did for Android. While the test are currently running and starting the App; it gets angry when I try to write to the UI thread

I wonder... can I do a similar cheat as android?
While the Android version utilized the super classes method; if C# uses it to just BE an interface... then internal to things; it's JUST an interface...

Here's what I have:

And it gets the test passing. I'll have to have the QacTextBox. (if you check the URL of the blog; probably gonna by QgTextBox)

My test works. I can UT elements around the UI. I probably should look at doing a non-UWP libary so it doesn't RUN THE APP to run the code. The UWP being a literal shell... Maybe. For now I accept the app running.

This probably isn't anywhere near where I was expecting it to be when I started. But ... I GOT MY SetText INTERFACE!!! I'm thrilled about that. 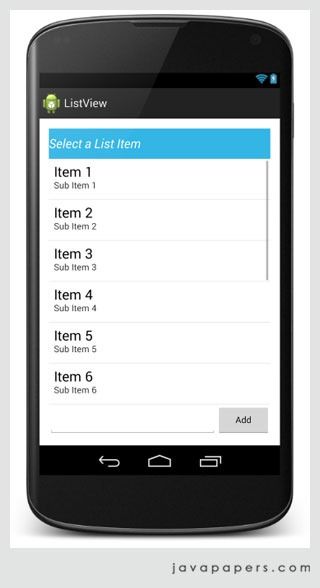 I'm not sure where this post is going to go. I'm checking my pre-planned posts and ... there's none for the Android HackerNews Reader. This is kinda sad as I was

Much like Volume 1; Elegant Objects Vol 2is fantastic. It didn't impact my mental model of how to develop software as much as Vol 1. This Vol is more about